The cataloguing process, for the purposes of this project, starts when a book or DVD is delivered to the Cataloguing Team for their action. The process is complete after details of that item have been entered into the electronic catalogue, the item has been ‘processed’ (for example, books have a book plate added, security strip inserted, etc.) and it has been placed in the right space on the right shelf.

There were a number of issues surrounding the original cataloguing process. At the time of the project:

The Lean Team facilitated a five-day rapid improvement event with the project team (all of the Cataloguing Team staff, some of who were familiar with the acquisitions process, and the two book processing staff). Prior to the event,  the project team gathered data on the volume of books and DVDs received, peak times, and average time to catalogue a book with, and without, interruptions. With interruptions, on average, two books could be catalogued per hour, without interruptions the figure was three books per hour.

The Cataloguing Team preferred the term ‘Buffer’ to describe the backlog of books and DVDs that needed to be catalogued. To keep a track of progress in eliminating the buffer, the team created a ‘Buffer Bash’ thermometer which was updated daily from data recorded on their visual management board. 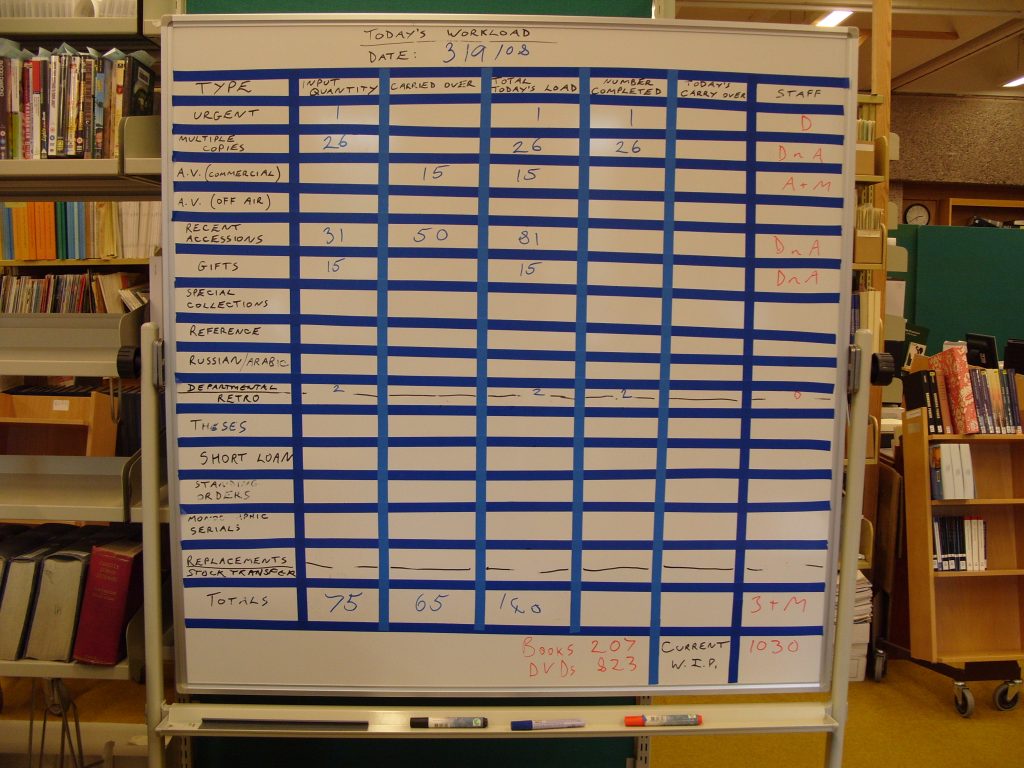 As a result of the work done during the Rapid Improvement Event:

For all enquiries please get in touch